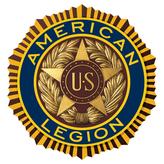 7.         Guests – Bill and Donna Greenley. Bill is interested in joining the Post and Honor Guard. Adjutant gave him an application. District 2

11.       Finance Report and change of banks to US Bank: Bob Boyce gave a complete acconting with a detailed audit trail (see below)

Youth – Youth Chairman was called back to work by his employer and had to leave before giving a report.
Service Officer – no report
Honor Guard – performed at one burial

• Christmas Ham Dinner: No change in status. Bob apprised the event’s loyal sponsors and raffle ticket buyers of the situation and

sign checks and in regards to other banking at the Tri Counties Bank. He also explained that even though the three had signed

electronically, having to adjust our titles and job functions on paper to fit what they, the bank, demanded had again beome an

issue. Boyce said the had called the bank to correct an error in the Honor Guard account, only to be rebuffed because in the

hour and a half it had taken to sign the original documents allowing the three to do banking with them, and the fact that we had

each been made to sign four different times electronically, the bank didn’t have them on the Honor Guard account and would

all have  to come back and go through the whole process again. At our last Post meeting, the membership authorized the

Finance Officer to open new accounts at U.S. Bank and close our accounts with Tri-Counties Bank.

audit trail; checks were then drawn against Tri-Counties to open the relative U.S. Bank accounts.

Douglass and all those who had worked on the project and told them how beautiful the fence was. Douglass suggested and

the project. Hopefully he will be able to come to the December meeting. Both he, and his father had been invited to the

November meeting but were unable to attend.

Minutes are not official until read and approved.